He is a graduate of Medicine form the University of Munich. In 1976 he attended the prestigious Royal College of Surgeon in Ireland, Dublin where he obtained Post Graduate Diploma in Anaesthetics as well as Certificates in General Surgery and Orthopaedic Trauma Surgery and became a fellow of the famous West African College of Surgeons (FWACS) in 1984.

He returned to Nigeria in 1982 to work at the Department of Surgery (Orthopaedic Surgery) University of Benin Teaching Hospital up till 1984 after which he joined Shell Development Company (SPDC) Hospital Warri between 1985 and 1990. Dr. Ehanire has served at various times as a prominent member of the Boards of Edo State Health Management Board and T.Y Danjuma Foundation among others. 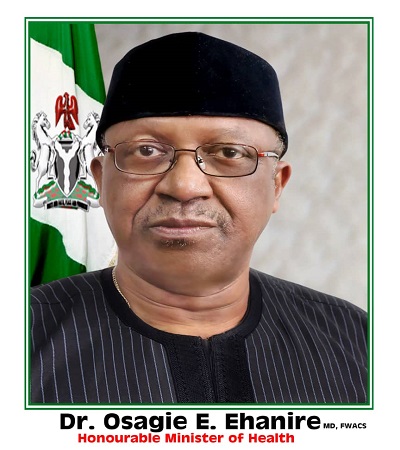