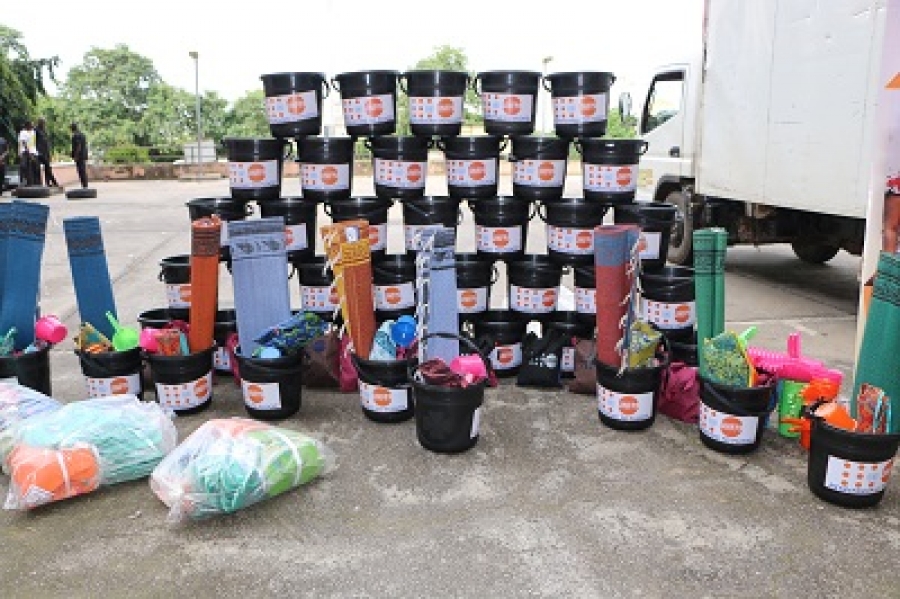 The United Nations Population Fund has donated over 5700 relief items to the Nigerian Government in responses to flood affected States. The acting UNFPA Country Representative, Dr. Eugene Konguyny made the donation to the Minister of State,Health, Dr. Osagie Ehanire, recently in Abuja.

Speaking during the donation, the UNFPA Country Representative said that the relief items are mainly for women and girls, especially pregnant women and lactating mother.

He noted that the serious flood has affected at least 12 states in Nigeria with rural areas being the most vulnerable.

He furthersaid that the donation was in recognition of their role in providing life – saving Reproductive Health Care to women in crisis – affected countries.

In his response, the Minister of State, Health, Dr. Osagie Ehanire, appreciated UNFPA for the gesture. He also said that Federal Government has declared a National disaster across four worst affected states including Kogi, Delta, Niger and Anambra.

He assured the UNFPA that the donated materials would be dispatched to the affected areas immediately.