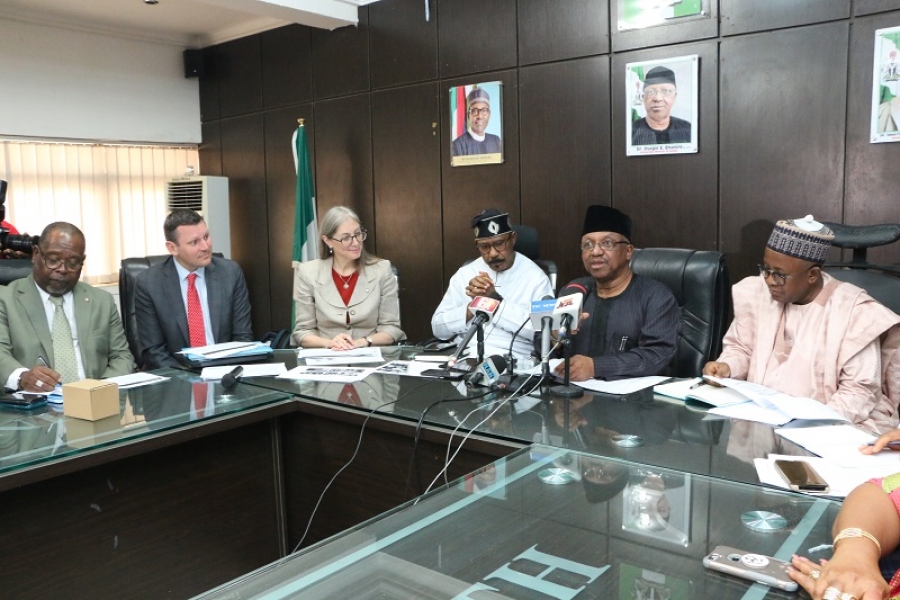 The Honourable Minister of Health, Dr.Osagie Ehanire has declared that 157,009 Nigerians die of Tuberculosis (TB) in the most productive age of 15-34 years. The Minister disclosed this when a delegation of the Joint United Nations Mission on TB and Non- Communicable Diseases (NCDs) paid him a courtesy visit recently in Abuja.

Dr. Ehanire lamented the high Mortality of Tuberculosis (TB) in Nigeria saying that Nigeria still ranks high among the Seven Countries which account majority for the disease globally and also among the 14 high burden Countries for TB, HIV and Multi Drug, Resistant TB Joint Programming on NCDs and TB. He stated that government invited the mission to the country, due to the magnitude of the diseases, which pose serious threat to the attainment of the Sustainable Development Goals.

The Health Minister disclosed that ‘’ we strongly believe that an effective Primary healthcare system is indispensable in detecting and treating TB and NCDs,” ‘’TB and NCDs are tropical problem in Nigeria, and both disease cause high morbidity and mortality at a high cost to individuals and families’’. They affect the Gross Domestic Product (GDP) and leave many families without financial support. ‘’NCDs cause 41 million death globally and 71 percent of all death globally. And it affects, mostly middle and low- income countries like Nigeria. The estimated cumulative economy loss between 2011 and 2015 is about seven trillion dollars.

Diana Weil added that lack of Public awareness is a major barrier among health workers and called for campaigns from the highest level of government involving states and local authorities.