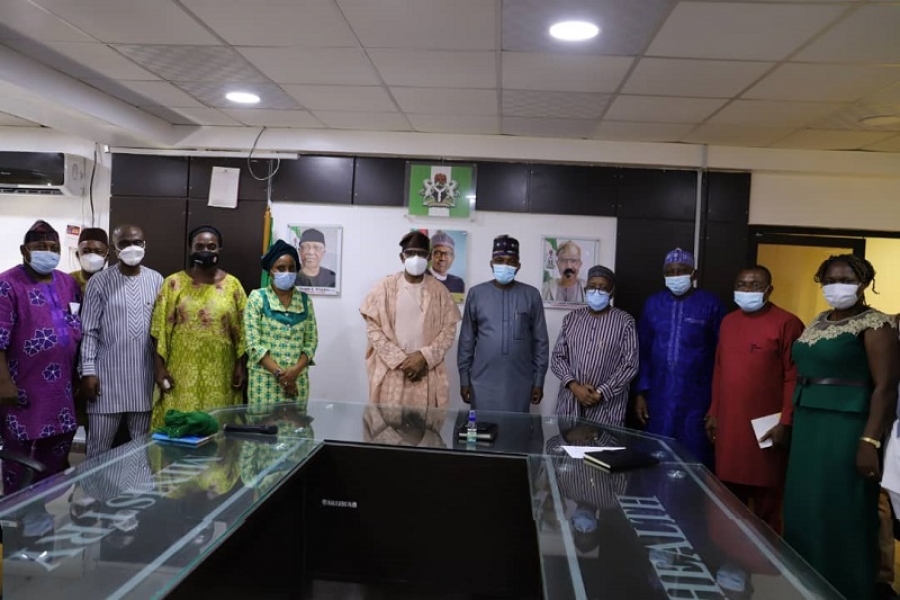 President Muhammadu Buhari has approved the re-appointment of Dr. John Emaimo as Rector, Federal College of Dental Technology and Therapy, Enugu State for a second and final term of four (4) years with effect from 27th November, 2020.

The approval was conveyed in a letter signed by the Honourable Minister of State for Health, Dr. Olorunnimbe Mamora on behalf of President Muhammadu Buhari, and was presented to him at the Minister of State’s Conference Room, Federal Secretariat Complex, Abuja, Wednesday, 28th October, 2020.

Dr. Mamora while congratulating the Rector, said he was found eligible for a second term in office based on assessment by the Ministry. He urged him to continue to work with his team because whatever achievements he had in his first term could not have been done alone but with the collective effort of his team.

The Honourable Minister of State for Health further reminded him of “the enormous responsibilities of the office and the expectations of the Government and people of Nigeria from him towards achieving efficient service delivery.  He urged him to endeavour to improve on the achievements already attained at the College as well as justify the confidence reposed in him, by working with all stakeholders for harmony and in support of Mr. President’s Change Agenda for next level, and leave a legacy that posterity would remember him for.

The Permanent Secretary of the Ministry, Mr. Abdulaziz Mashi Abdullahi who was present at the event said Emaimo’s re-appointment was as a result of his hard work, and that to whom much is given much is expected. He enjoined him to work harder and not rest on his oars.

Dr. John Emaimo expressed his appreciation to the Federal Government for his re-appointment as Rector, College Federal College of Dental technology and Therapy, Enugu State, and pledged to ensure that the College renders quality service to the Nigerian populace, to do more than what he has done before and also take the College to the next level and greater heights.