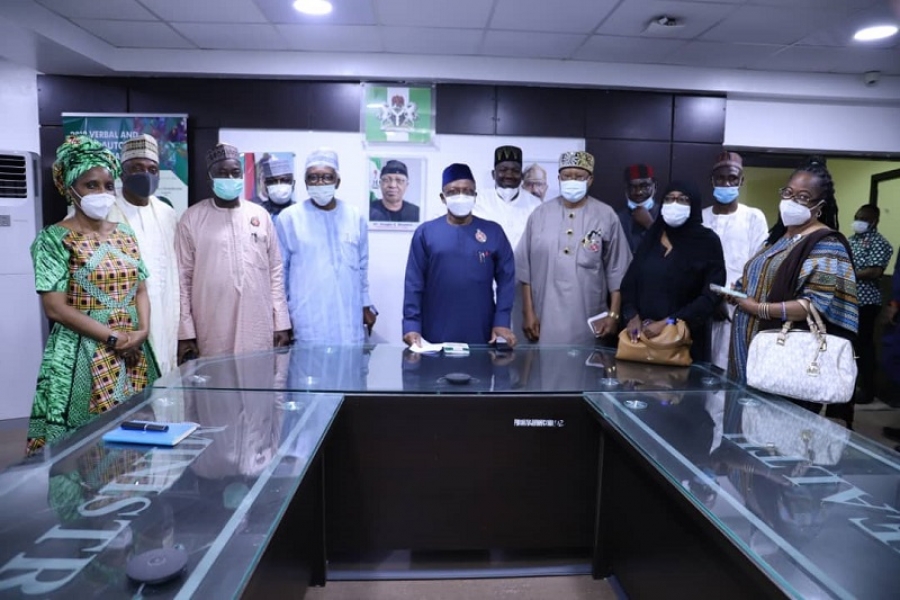 The Hounourable Minister of Health, Dr. Osagie Ehanire has challenged the Committee of Chairmen of Boards  of Federal Tertiary Health Institutions (FTHIs) to come up with innovative approach to managing out-sourced services, internship or residency and Human Capital Flight from the hospitals.  He said as at the time the present strategy of managing these issues in the Federal hospitals was put in place, there was no problem of money and that the hospitals were few in numbers and now things must be done sustainably.

“We have since increased very significantly from the time the present management strategy was put in place.”  “As at the time we put up the present strategy, the numbers of the hospitals were few”, the Minister said.

Dr. Ehanire threw this challenge at the Committee of Chairmen of Boards of Federal Tertiary Health Institutions (FTHIs) when they came on courtesy visit to the Minister, Thursday, 26th November, 2020.

The Committee of Chairmen of Boards of FTHIs was led to visit the Honourable Minister by their Chairman, Dr. Sam Sam Jaja who apart from being the Chairman of the Committee, is also the Chairman of University of Abuja Teaching Hospital, Gwagwalada.

Dr. Osagie Ehanire who challenged the Chairmen of Boards of FHTIs on cleanliness of the hospital environment said people complained to him when they visit, that some of “the hospitals are in a complete mess.”  There should be more that one can do about the very simple things of hygiene and sanitation”, the Minister charged the Committee.  “Some of these problems don’t require money, some require routine and some discipline!”  “Everybody will judge us first and foremost as hospitals by our level of hygiene. “Before they talk of equipment or Doctors, they will talk of cleanliness; and since you are our eyes in these places, our emphasis should be more on cleanliness, particularly the wards, and the out-patient must be clean.”  The windows, even the bed sheets, the cobwebs, the mosquito nets, the curtains, whether they are tattered must be taken good care of”, the Minister challenged, mentioning such hospitals as University of Ilorin Teaching Hospital, Federal Medical Centre, Auchi and Ahmadu Bello University Teaching Hospital, Zaria. 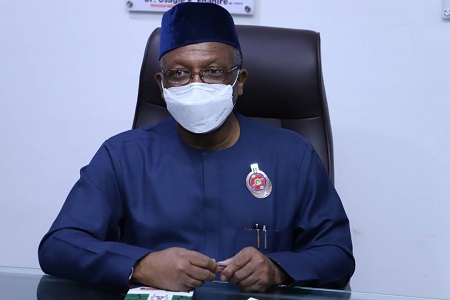 In many of the Federal Hospitals, the Board Chairmen revealed that they owe backlog of salaries and allowances payable to the Companies to which the services of Cleaners, Security men and the like, have been contracted.  They said there is an un-manageable low level of morale of the security staff and cleaners because they were not paid their salaries.

In reply to the Hononurable Minister’s challenge about dirty hospital environment, the Committee promised to take special look at the places and make urgent amends.

The meeting of the Honourable Minister of Health with Board Chairmen of FTHIs’ visitors also looked into the challenge of managing doctors on internship or residency, which pose common challenge to the Federal hospitals.

While Dr. Ehanire suggested that residency programmes should be made a part of Doctors’ training in the Universities so that the Universities should look for where their Doctors would do their internship and not charge the Federal Government with residency training anymore, the Committee of Chairmen of Boards of FITHs want common policy on residency engagement of Doctors to be passed from Government through them so that they could be able to engage the Unions when there are threats to industrial peace and harmony in the hospitals.

On the issue of procurement of necessities and other items needed in the hospitals, the forum wanted the Honourable Minister to help some of them get necessary waiver approvals and also get their procurement through the system within shortest possible time without disrupting the programmes and services of the hospitals.

The Honourable Minister who was supported by the Director, Hospital Services in the Ministry, Dr. Adebimpe Adebiyi, mni, who was herself acting for the Permanent Secretary promised to give positive consideration to most of the requests of the visitors but challenged them that there is a limit to which the Ministry could delay the budgetary process and that the Hospital Managements must act fast.