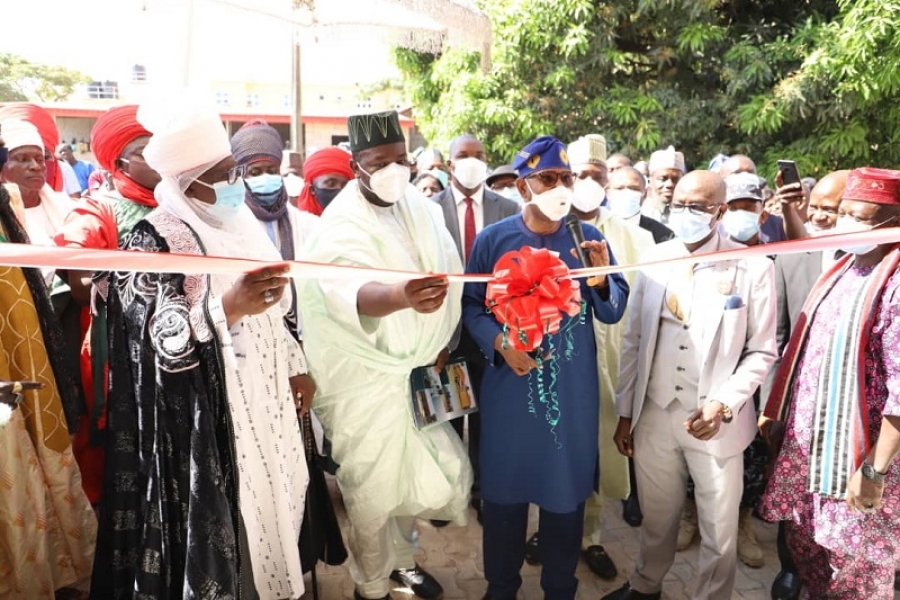 Dr. Mamora while commending the Centre for its milestone achievement attributed the success of the Centre to the relatively peaceful environment that it operates within. He said that peace in any establishment is vital for meaningful development, growth, partnership and cooperation. He urged the Medical Director and his team to do more to attain the next level agenda of Mr. President in the health sector and leave a legacy for his team to be remembered for.

Dr. Mamora thanked the host community and the State Government for their cooperation and partnership with FMC Keffi because “without peaceful co-existence this wouldn’t have been a reality.” 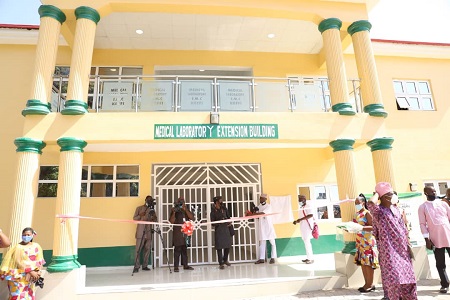 Earlier, the Medical Director, FMC Keffi, Dr. Yahaya Adamu said on his assumption of duty, the Centre was confronted with a massive challenge of lack of infrastructure to provide basic health care services.  He noted that one of the highest revenue generating Departments in the Centre was the Laboratory Department which has been constrained by lack of adequate space to render other vital and complimentary services as it was still operating from an old building inherited from the general hospital.”

However, the MD said for FMC, Keffi to emerge as a centre of excellence, it became mandatory to embrace global best practices where tertiary hospitals no longer run a compact laboratory but a  separate department of pathology, this extension is in order to consolidate on previous gains and also the completion of the Dialysis/VIP Amenity is to meet up with current realities as well as to improve patients care and reiterate FMCs desire to provide good quality, accessible, affordable improved and effective health-care services to the people.

Present to witness the event were the Commissioner for Health, Pharm. Ahmed Yahaya who represented the State Governor, the Chairman Governing Board FMC Keffi, Prince Sule-iko Sami, Emir of Keffi, HRH. Dr. Shehu Yamusa, Senior Technical Assistant to the Honourable Minister of State for Health, Dr. David Atuwo amongst others.