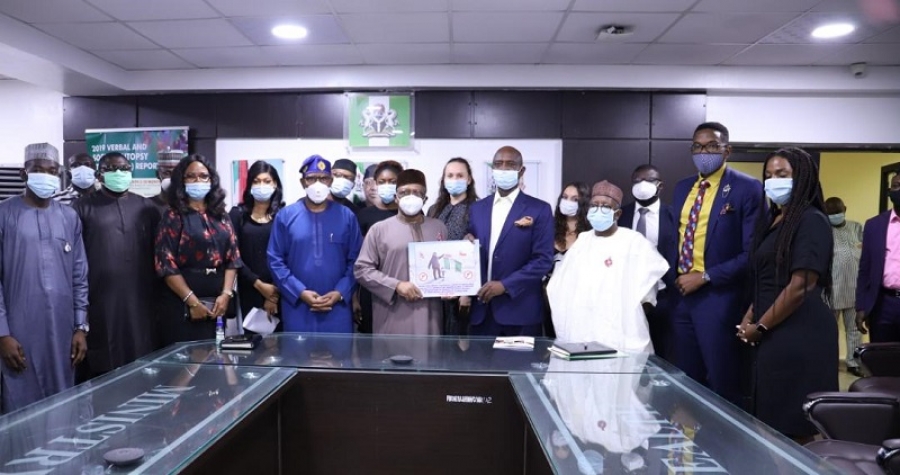 The Honourable Minister of Health, Dr. Osagie Ehanire has directed the National Malaria Elimination Programme (NMEP) of his Ministry which deals with Malaria Control Strategy to engage with the Prince Ned Nwoko Foundation which came to seek partnership with the Ministry with ideas on eliminating malaria.

At a meeting with the Prince Ned Nwoko Foundation, Tuesday, 8th December, 2020 at the Federal Ministry of Health’s Conference Room, it came to light that the Integrated Vector Management Branch which has Units such as the Indoor Residual Spray Unit, with Laver Source Management Unit and The Use of Net (the most popular) welcomes the idea of partnership proposal with and can come in to address the concerns which the Prince Ned Nwoko Foundation brought to the Ministry.

Prince Ned Nwoko leading his Foundation approached the Honourable Minister seeking collaborative engagement with the Federal Government to see how the vector-causing the scourge of Malaria - the Mosquito could be eliminated in their numbers.  It proposed three major approaches of Vaccine Research; Sanitation in the Environment; and Fumigation to get rid of mosquitoes which are primary vectors causing malaria.
The Honourable Minister, who welcomes the proposal for collaboration from Prince Ned Nwoko Foundation because of the belief of the Health Ministry that the burden of Malaria elimination requires more than Government input, said the involvement of the private sector is a delight to the Ministry. 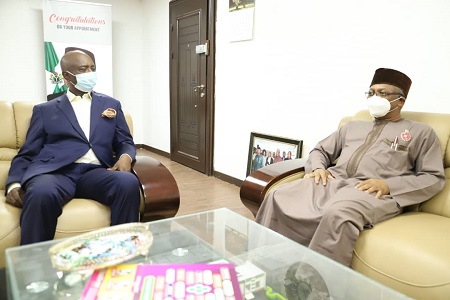 There was also a disclosure of policies to guide the implementation of the interventions by the private sector, which the Honourable Minister has already signed. The policy guides for Malaria control which the WHO approves for the Ministry is the Indoor Residual Spray which seeks to avoid a large scale fumigation which will involve using airplane to spray chemicals all over, noting that a large population of Nigeria still drink from ponds and others; and this presents with some challenges, the Ministry reveals.

The challenges involved with large scale fumigation as highlighted by the Ministry was put forward as the only limitation to the full scale adoption of the recommendation by the Prince Ned Nwoko Foundation to Malaria vector (Mosquitoes) control. The Ministry voiced its preference for spraying in very limited area supplemented with indoor residual spraying which means just spraying of the internal walls of a house and once the mosquito perches on the walls, it dies, thus achieving the dream of malaria-free nation.

In his intervention, the Honourable Minister of State for Health, Dr. Olorunnimbe Mamora expressed agreement that the approach to Malaria Elimination has to be integrative comprising laver-control, vector control or even curative.  To him, prevention is better than cure.  He said, it is better for us to prevent, if we cannot totally eliminate rather than be waiting for cure.  He posited further that there is no better way to set about the proposition from Ned Nwoko Foundation than now because “naturally because of COVID-19, some of the programmes of the Health Sector will suffer; the COVID drew attention to itself with less attention paid to other programmes whereas Malaria Control  is a very huge programme”, he said.