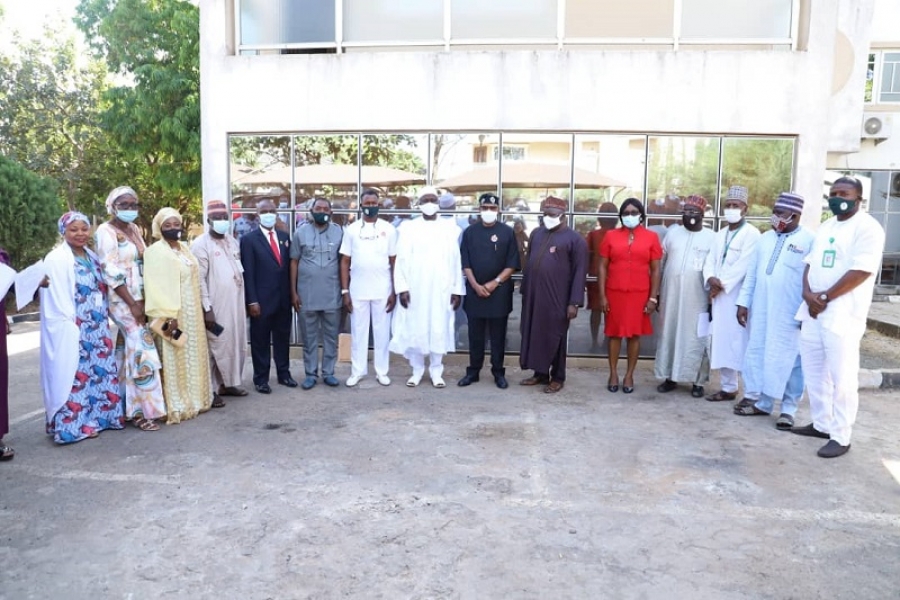 The Honourable Minister of State for Health while on a scheduled official visit to the Health Officers Registration Board of Nigeria (HRORBN) in Area 11, Abuja, on Thursday, 10th December, 2020 has lauded the role played by the Health Records Officers in ensuring that the healthcare system relies on good data and information.

He went further to say that “in these days of COVID-19 pandemic, we always say we rely on science, we rely on evidence, and probably most important, we rely on data; And, you are the ones that supply the data; and if there is one problem or challenge we are having even as a country is because we don’t have a national data base; which is very critical, particularly for planning.”  The Honourable Minister revealed that he said what he said to buttress his position as to the importance of the work which the Health Records Officers do for the Health Sector in particular and that informs his decision to visit the Board before the year runs out.

Regarding the number of items on the shopping list submitted to him by the Board, Dr. Mamora said even though he is not going to promise that all will be provided, he will give attention to the demands of the Board critically and attend to them one by one.

The Honourable Minister of State gave his position on the proposed Bill for the Establishment of Electronics Health Records Board, which he said he did not hesitate to say that “there is nothing new the Bill is bringing to the table and therefore totally unnecessary.”  He disclosed that his position is that the existing Health Officers Registration Board of Nigeria (HRORBN) is enough and all that is needed is to enable the existing Board to do what it’s doing better.  He said he could see that the Board needs a better environment to work and he instantly promised to align forces with the Board to approach the Office of the Secretary to the Government of the Federation to approve the use one of the forfeited properties through the EFCC to the Board as its Headquarters.

On the quest of the HRORBN to revisit the Act which establishes it since it was actually established via Decree 39th of 1989 (CAP 166 LFN 1990) to accommodate modern trends of regulating health record practices in all its ramifications, Dr. Mamora opined that the Board may have to approach the issue through their representatives in the National Assembly.  He had earlier identified three main ways of amending existing legislation when there are gaps:
(I)     Making a new Law;
(II)    Amending Existing Law; or
(III)    Repealing Existing Law which is not working.

Dr. Mamora however charged the Board to note that the process of legislation is usually very slow.  He told them to know that with him they have a friend and an ally in those things which will make the HRORBN to work better. 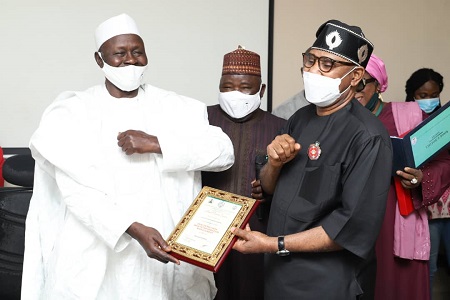 Earlier the Registrar and Chief Executive Officer of the Health Officers Registration Board of Nigeria (HRORBN), Alhaji Ibrahim Mohammed Mami while giving his welcome speech has reeled out the history, the mandate and the achievements of HRORBN which he said has Five (5) Zonal Offices in the Six Geo-political Zones of the Country – South West at Lagos; South East at Enugu; South South at Calabar; North-Central at Lokoja; and Northwest at Kaduna.  With these Offices, it has been focused on the quality and standard of Health Records and Information Management practices in the healthcare industry in Nigeria.

Alhaji Mami also disclosed that the Board adopted the National Health Plan 2014 and customized it to the context of the Board because of the realization that there is burden of institutional weakness of providing Health Information for the Health System.  In this, the Board saw inadequate, untimely, inaccurate and unreliable health information being used to assess the health status of the populace, thereby impacting negatively on the quality of healthcare delivery.

As well, the Registrar, supported by the Board Chairman identified a number of challenges facing HRORBN.  Additional to the issue of Office Accommodation constraints, HRORBN needs a review of the legislation which established the Board to reflect realities in Nigeria.  The other is a need to include Health Records Professionals in the Data Consultation Committee.

Those present at the visitation include the Officials of the Federal Ministry of Health who went with the Honourable Minister of State as well as the Board members and Management of the HRORBN including  Musa Muhammed Ose; Haruna Aminu Aliyu; Wada Aliyu; Okereke Nwani Esq; Hon Ibrahim Sokoto (Board Chairman; Babgan Mustapha; Jimnah Salamat Queen; Abaji Agnes; Abdumahue Saidu and Halima Ahmed Hanna.